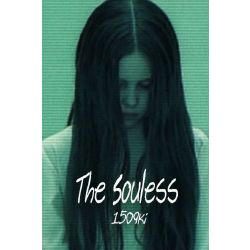 Do you know what happens when a child is born in Azkaban?
.
.
.
Nyx Sally Black is the first Souless to be born in over 400 years, as well as the last surviving pure-blooded descendant of Salazar Slytherin. As a creature with no emotion, how can she ever pass for a normal human in her new school of witchcraft and wizardry?

(This story does not associate itself with JKR, and while all credit is given where credit is due, I refuse to acknowledge JKR as a person deserving of anything more than that.)
Published April 14, 2020 · Updated 5 weeks ago532 pages · 950,741 reads
Adventure   Fanfiction   Fantasy   Black  Harry Potter  ...Emotionless  Azkaban  Pureblood  Souless  Dementors  Salazar Slytherin  Report
5 weeks ago · 532 pages
Prologue: The Souless - The history of the Dementor's kin?
Chapter 1: Dumbledore's Discovery - A child was born in Azkaban?
Chapter 2: Nyx Sally Black - The Souless comes to Hogwarts?
Chapter 3: Learning to Live - Can Nyx ever become normal?
Chapter 4: The Hogwarts Express - Does the Malfoy Family know something?
Chapter 5: Hogwarts - Where does the Souless belong?
Chapter 6: Classes Begin - Can Nyx manage to fit in?
Chapter 7: Normalcy - Shouldn't she at least feel empathy?
Chapter 8: Quidditch - Where are you?
Chapter 9: Christmas - Nyx has presents?
Chapter 10: The Dungeons - Who are you?
Chapter 11: The Souless's Call - Can a parent survive without their child?
Chapter 12: Dementor Kin - What happened?
Chapter 13: The Basilisk - Nyx's Birthright?
Chapter 14: Enter the Chamber - Is she more than she seems?
Chapter 15: The Status Quo - Is it worth it, when I can't experience life's color?
Chapter 16: Suspicion - Why is everyone acting so strangely?
Chapter 17: End of Year Exams - Is Snape going to steal something?
Chapter 18: The Sorcerer's Stone - Didn't I tell you so?
Chapter 19: A Rallying Cry - The pride of the Souless?
Chapter 20: End of Year - What's next?
Chapter 21: Summer - What do you mean, I'm not allowed to do magic?
Chapter 22: The Pureblooded Lifestyle: Can this be home?
Chapter 23: Helen - The future of the House Elves?
Chapter 24: Draco's Birthday - Why are there so many traditions?
Chapter 25: Diagon Alley - Lockhart makes an entrance?
Chapter 26: Flourish and Blotts: What is it?
Chapter 27: The Diary - What does Tom Riddle want?
Chapter 28: Return to Hogwarts - A peaceful 2nd year?
Chapter 29: Back to Class - Nyx fast-tracks through potions?
Chapter 30: The Heir - Who opened the Chamber of Secrets?
Chapter 31: Quack - THE Gilderoy Lockhart lost to a child?
Chapter 32: The Chamber - Building to the final battle?
Chapter 33: Thanatos's Fate - Why are you all fools?
Chapter 34: Afterwards - What happens next?
Chapter 35: Muggles - Lily's son was given to Petunia?
Chapter 36: Fawley Manor - Are things changing for the better?
Chapter 37: Realization - Why is he here?
Chapter 38: Plans - All this because of a goldfish?
Chapter 39: Escape - Where is Harry Potter?
Chapter 40: Danger - Why weren't they told?
Chapter 41: Sirius Black - What does a parent have to do?
Chapter 42: Finished - Who is that?
Chapter 43: The Dementors - Nyx's Big Brother?
Chapter 44: Animagi - What will it take to transform?
Chapter 45: The Stupid Genius - Now they know, I guess?
Chapter 46: The Protector - Harry becomes a true Animagus?
Chapter 47: Boggart - Uncle Moony or Professor Lupin?
Chapter 48: Freedom - What do you want?
Chapter 49: The Free - Tom's Animagus Form?
Chapter 50: The Plan - How far is Nyx willing to go?
Chapter 51: Dumbledore's Downfall - Is that the truth?
Chapter 52: The Fun - Nyx reaches out
Chapter 53: The Map - What's the plan?
Chapter 54: The Party - How fun?
Chapter 55: Family - Ghosts of Christmas Past, Present and Future?
Chapter 56: Pettigrew - The rat is put to trial?
Chapter 57: Secrets - Who's planning what?
Chapter 58: Busy - Why is there no time?
Chapter 59: Revenge - Has the time to act finally come?
Chapter 60: The Truth - This is rather anti climatic, isn't it?
Chapter 61: The Traitor - Pettigrew is finally revealed?
Chapter 62: Family - The year draws to a close?
Chapter 63: Plots - What is to come?
Chapter 64: A New Dawn - Adjusting to life at Fawley Manor?
Chapter 65: Lost - More questions to be answered?
A/N
Chapter 66: Secret Squirrel - Tom reveals part of the plan?
Chapter 67: Fantastic Beasts - A building spy network?
Chapter 68: Trust - What will it take?
Chapter 69: Memory - The Spy and the Boy?
Chapter 70: The Weasley House - A lecture too late?
Chapter 71: The Quidditch World Cup - Questioning loyalties?
Chapter 72: Escape - What does the truth mean?
Chapter 73: Interlude - The Oncoming Storm?
Chapter 74: Romania - A Dangerous Vacation?
Chapter 75: Decisions - The end of the summer?
Chapter 76: Fourth Year - A new chapter begins?
Chapter 77: 4th Year - The Sleepovers and the Slytherins?
Chapter 78: Transformation - Self-preservation above all?
Chapter 79: Mad-Eye - The Unforgivable Curses?
Chapter 80: Extra Curriculars - The House of Tradition?
Chapter 81: Dueling Club - Nyx vs the Weasley Twins?
Chapter 82: The Imperius Curse - A soul to curse or a soul to cast?
Chapter 83: The Goblet of Fire - Foreign students arrive?
Chapter 84: Beginning - Anticipation for the Tournament?
Chapter 85: Four - Who will vouch for him?
Chapter 86: Binding Contract - Can he be trusted?
Chapter 87: Attention - So much in so little time?
Chapter 88: Power - Discovering their truest self?
Chapter 89: Family Resemblance: Do the memories ever fade?
Chapter 90: Talk - What to do about the dragons?
Chapter 91: Task - How to fight a dragon?
Chapter 92: Skeeter's Threat - How to Dance?
Chapter 93: Date - Who to ask?
Chapter 94: Preparation - Nyx's date?
DO NOT DEMAND UPDATES FROM ME
Chapter 95: The Dance - The great party?
Chapter 96: The Holy - The history of Dementor Kin?
Chapter 97: Let's Talk - How the Second Task goes?
TTInfo

1509Ki
Do you know what happens when a child is born in Azkaban?
.
.
.
Nyx Sally Black is the first Souless to be born in over 400 years, as well as the last surviving pure-blooded descendant of Salazar Slytherin. As a creature with no emotion, how can she ever pass for a normal human in her new school of witchcraft and wizardry?

(This story does not associate itself with JKR, and while all credit is given where credit is due, I refuse to acknowledge JKR as a person deserving of anything more than that.)
Adventure Fanfiction Fantasy Black Harry Potter Emotionless Azkaban Pureblood Souless Dementors Salazar Slytherin

Prologue: The Souless - The history of the Dementor's kin? 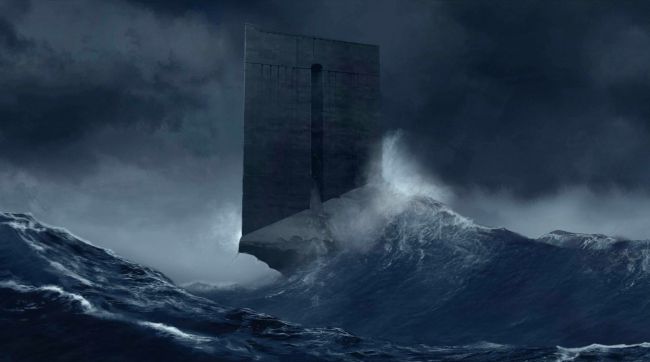 Do you know what happens when a child is born in Azkaban?

That child is born without any happy memories. It is unable to create any new ones so long as it is around the Dementors who reside within and guard Azkaban...

Joy is the most primordial of feelings in humans, and one cannot have any other without it. Without happy memories, a child cannot even form bad ones.

At some point in childhood, this inability to create either happy or bad memories becomes a permanent state.

It is at that moment, when the child becomes known as a Souless, an odd thing of inhumanity. A neutral creature, who knows no love or joy, no hate or anger, just... nothing.

The Dementors, wraithlike dark creatures will then recognize the Souless to be one of their own. They see the Souless as creatures of darkness like themselves, whom they cannot feed upon, but need not worry about. The Dementors, like the Souless, hold not joy of their own, at least not like humans can, but if one was lucky, or rather unlucky enough to see a Dementor and a Souless interact, you would call them both happy.

There is only one Souless known to humanity- born nineteen years before Azkaban was discovered in the 1500's, a little boy named Tartarus.

He was born on the island upon which Azkaban was built, to an unnamed mother who died in childbirth. His father, Ekrizdis, was a madman, who practiced the worst kinds of Dark Magic. He lured muggles to his island, and the Dementors who infested it fed upon their souls, allowing Ekrizdis access to the magic born of murder and death.

Poor Tartarus never knew joy or any emotion at all. And after a point, the Dementors began to recognize him as one of their own. When Ekrizdis died, the Dementors all but adopted Tartarus as a Dementor himself, and they cared for the Souless, until he died from unknown causes two years later, before Azkaban became the prison it is today. They say Tartarus's soul went on to become a real Dementor, but nobody cared to ask the foul creatures if this was correct.

As time went on, people forgot about the Souless, and what kind of truly inhuman creatures they were. They became legends- the emotionless creatures akin to the Dementors. Tales to scare little children into sleeping at night. If you don't go to bed, I'll hand you over to Azkaban to become a Souless. As if the threat of Azkaban wasn't enough. And still, people forgot they existed, that those horrifying creatures were real... And even later, people began to forget about the Souless all together. Tartarus was lost to time, the raging waves, and the ghastly creatures that surrounded Azkaban.

But, one particular night, a Pure-blooded couple joined the ranks of the prisoners of Azkaban. One was innocent, one was not. The innocent was named Sirius Orion Black, who was falsely accused of murder and association with Lord Voldemort. The other was his girlfriend, named Janet Sally Fawley. She was actually a spy for Lord Voldemort, and unknown to everyone save Janet and the Dark Lord himself, she was the last Pure-blooded descendant of Salazar Slytherin.

She wasn't caught for that though, no, she was caught because she had been with Sirius when he went to kill the real traitor who sold out the Potters to Voldemort. She wanted to make a clean job of it all. She was unaware that she was pregnant. A fact she soon learned, while in the confines of Azkaban's walls.

Janet worried for her child, whom she knew was the next in a new line of Pure-blooded descendants of Slytherin. So, she did her best to keep her sanity, if only for her child. Each kick provided her with new happy memories for the Dementors to feed off of. She was the only one still producing them, and they flocked around her in their regular rounds around the prison.

But, eventually, her baby was born. And, being away from any proper medical facilities, she died giving birth. The Dementors, however, recognized the emotionless child within her cell. It wasn't a Souless, not yet, but they still felt the budding kinship between them and the infant girl.

So, they took care of her, and raised her, in her dead mother's stead, hiding the infant from the human guards who came near.

It was ten years before anyone noticed the child- but she had already become a Souless... It was too late for the poor creature to ever have a chance of feeling again.

Hi, everyone!!
Thank you so much for everything you've all done for me!! Have a great day, stay safe, and don't forget self care! I love and appreciate you all!!!

I would also like to ask two things from you all. First and foremost, don't ask me for updates. It's soul killing when people demand a new chapter for free, when I've already spent so many hours on it, and frankly, it's rude. Secondly, I am not your free advertising. Don't ask me to be. I'm tired of people mooching off something I've worked so hard for. I will be deleting any previously published advertisements for other stories, as well.

Do not ask these to begin with, and if I see any new comments containing either of these, it will immediately be deleted. Unfortunately, this also includes any other comments or messages attached as well as any replies. I'm sorry, but please understand. These things are draining what little mental health and stability I still have. I'm done with the break downs and panic attacks. Hopefully, this will prevent any future issues, and I won't have to keep taking extended breaks. I do love and appreciate all of you, and I want to provide you a quality fan fiction. I can't do this, if my mental health is crumbling before my eyes.

With love, sincerely, Ki
Next »
Author