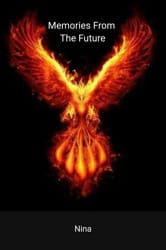 It is the year 1980, the original order of the Phoenix is summoned to an emergency meeting. Memories and letters from the future has been sent to a selected number of members to aid them in their fight against the dark side. What would the order's reaction be like? could they finish the Dark Lord sooner and prevent a second war?


STORY NOT EDITED
Published 7 months ago · Updated 4 days ago1,103 pages · 33,616 reads
Fanfiction   Fantasy   Romance   The Marauders  Harry Potter  ...James Potter  Sirius Black  Remus Lupin  Lily Potter E  Regulus Black  Rabastan Lestrange  Reading The Books  Time Travel  Changing The Future  Characters Read The Books  Report
4 days ago · 1,103 pages
Prologue
The Arrival of The Memories
The Boy who Lived
The Vanishing Glass
The Letters from No One
The Keeper of the Keys
A/N
Diagon Alley
The Journey from Platform Nine and Three-Quarters
The Sorting Hat
The Potions Master
The Midnight Duel
Halloween
Quidditch
The Mirror of Erised
Nicholas Flamel
A/N
Norbert the Norwegian Ridgeback
The Forbidden Forest
Through the Trapdoor
The Man with Two Faces
Small Talks
The Worst Birthday
Dobby’s Warning
The Burrow
At Flourish and Blotts
The Whomping Willow
Gilderoy Lockhart
Mudbloods and Murmurs
The Deathday Party
The Writing on the Wall
The Rogue Bludger
The Dueling Club
The Polyjuice Potion
The Very Secret Diary
Cornelius Fudge
Aragog
The Chamber of Secrets
The Heir of Slytherin
Dobby’s Reward
Excuses
Owl Post
Aunt Marge’s Big Mistake
The Knight Bus
The Leaky Cauldron
The Dementor
A New Friend
Talons and Tea Leaves
The Boggart in the Wardrobe
Flight of the Fat Lady
Grim Defeat
The Marauder’s Map
The Firebolt
The Patronus
Gryffindor versus Ravenclaw
Snape’s Grudge
The Quidditch Final
Professor Trelawney’s Prediction
TTInfo

Memories From The Future

Amani, Nina
It is the year 1980, the original order of the Phoenix is summoned to an emergency meeting. Memories and letters from the future has been sent to a selected number of members to aid them in their fight against the dark side. What would the order's reaction be like? could they finish the Dark Lord sooner and prevent a second war?

Disclaimer: I do not own Harry Potter. Everything belongs to J.K Rowling except for the OC.

The sun was setting creating a beautiful orange glow across the horizon. The golden quartet has just finished the mission giving to them by the headmistress. They had been on it since the morning and they had barely stopped to have lunch. It was probably one of the most important thing they had to do to till date.

"Come on guys, we are almost done" said Hermione earning a groan from Ron.

"Almost done! We still have to do the ones of seventh year" complained Ron. "Who knew that memory collecting could be so much tiring"

"Well it's not like we are doing most work" said Aurora. "Harry did the most of it  and I am not hearing him complain".

Harry was exhausted too, but the work they were asked to do was much more important than his tiredness at the moment. He remember how confused he was when professor McGonagall called him, Ron, Hermione and Aurora 2 days ago. But as soon as she explained why, his confusion turned to excitement that is fueling him now to finish the job.

The golden quartet were heading to the  headmistress of Hogwarts' office. They were very confused  as to why  she summoned them and more so they were confused by the urgency in her letter. They passed the corridors that were still being rebuild with a lump in their throats. All four of them were unable to block the distruction, chaos and death that they witnessed almost four months ago in that same place.

" I don't know if I will ever be able to retun to this place without being reminded with everything that happened here" said Harry with a heavy heart and guilt that can be heard in his voice.

Hermione who heard his tone immediately said:" it was not your fault Harry, and I don't think anyone of us would be able to see the castle and its corridors without remembering what happend here". Images of Fred, Tonks, Remus, Lavender flashed through her mind.

At that moment Ron who tried to take  their minds of the horrifying memories asked "Why do you think McGonagall called us for with such urgency?".

Harry, Aurora and Hermione shrugged their sholders as they approach the gargoyle that guarded the entrance to the headmistress office. Hermione gave it the password and they pushed their way to the office.

McGonagall's face lit up as her students entered her office and her heart ached at the hunted looks she saw in their eyes. "Good afternoon Mr. Potter, Weasley and Ms.Granger and Black. How are you doing today?". Murmures of fine and good were their responses. Minerva smiled at them and added " So have you decided whether to return to school or pursue your career?"

Since Hogwarts was the battlefield to the last battle, it was almost destroyed by the end of the war. Rebuilding it took a lot of time even though it was done by magic. Hence, the term of 1998 would be starting at the first of October and not the first of September as it usually does.

"I decided to return professor. I would like to finish my studies and sit for N.E.W.Ts" to no one's surprise came Hermione's response.

"We decided to take Kinsley's offer to join the auror training" added Ron motioning to himself and Harry. "While Aurora chose to go st Mungo's". Aurora nodded in agreement to Ron's statement.

McGonagall smiled and simply said "that's what I expected".

Did she call them to ask about what they wanted to do after the war, thought Harry. But before he could say anything Hermione asked the professor" we are not here simply to be asked about our future choices are we?". McGonagall smiled to her favourite student and shook her head.

" You see, after the war ended only a handfull of order members were left. We had a meeting the day after the war to discuss how things will move from that point. We were all devastated by the loses of  the wizarding community  both in lives and property." The quartet were listening carefully with no idea to where things were going. "Those losses were unnecessary and in many cases could be avoided. That is when Hestia Jones said something important."

"What did she say professor?" asked Harry.

"She said I wish there was a way to help our past selves with information on how to stop Voldemort and end the war from the first time" answered McGonagall. "That gave me an idea. It took too much work and research but between me and the rest of the order we were able to do it in record time"

"What is this idea professor?" asked Aurora with interest.

"The idea is to send memories to selected members of the original order, and we decided that the best people to give us memories are you four. " by the end of the explanation, their  jaws dropped.

"But professor, wouldn't that be dangerous. Bad things happen to people who meddle with time you told me so when you gave the time turner?"

Hermione was surprised to see Minerva's smile but what surprised her further is what she said after.

"Miss Granger, what I told you when I gave the time turner was a warning or more like a guideline; it was not an unbreakable rule. You see if we don't teach young people that there would be two versions of many persons roaming the place at the same time, everyone would want to time travel to change their actions....Could you imagine what will happen if we send one of you to the past. There would be two versions one in it's 20s and the other barely a toddler."

Before Hermione could open her mouth McGonagall added" What we are doing here is we're a  sending person to the past, so we are not risking having two version at the same time. We are sending memories to certain people which will help them to take diffrent decisions that would change the outcome... The moment these memories are given  in the past this future will cease to exist giving them a chance to make a new future."

By the end of the explanation, Harry, Aurora and Ron were on board with the idea. Though Hermione still had some doubt.

"Come one mione, think of all the good it would do. We can have back all the people that died. Harry and Aurora can have their parents back." Ron said trying to convince his girlfriend.

Hermione could not say no after she saw the happiness and hope in their faces. And that is why they were in McGonagall office since morning extracting their memories to send them to the past.