Dumbledore calls a few students to the Room of Requirement to read about Harry and Lily Potter's life. Will the Ministry finally believe that they are telling the truth? Follow the quartet's adventures in their life of friendship, betrayal, and a rollercoaster of emotions.
Published 6 months ago · Updated 5 days ago740 pages · 100,267 reads
Adventure   Fanfiction   Fantasy   Reading Harry Potter  Harry Potter Books  ...Harry Potter  Ron Weasley  Hermione Granger  Draco Malfoy  Oc  Sirius Black  Remus Lupin  Report
5 days ago · 740 pages
Prologue and Characters
The Boy who Lived
The Vanishing glass
Letters from no one
Keeper of the keys
Diagon alley
Journey from platform nine and three quarters
The Sorting Hat
The Potions Master
The Midnight Duel
Halloween
Quidditch
The Mirror of Erised
Nicholas Flamel
Nobert the Norwegian Ridgeback
The forbidden forest
Through the trapdoor
The man with two faces
The Worst Birthday
Dobby's Warning
The Burrow
At Flourish and Blotts
The Whopping Willow
Gilderoy Lockhart
Mudbloods and Murmurs
The Deathday Party
The Writing on the Wall
The Rogue Bludger
The Duelling Club
The Polyjuice Potion
The Very Secret Diary
Cornelius Fudge
Aragog
The Chamber of Secrets
The Heir of Slytherin
Dobby's Reward
Owl Post
Aunt Marge's Big Mistake
The Knight Bus
The Leaky Cauldron
The Dementor
Talons and Tea Leaves
The Boggart in the Wardrobe
A/n
TTInfo 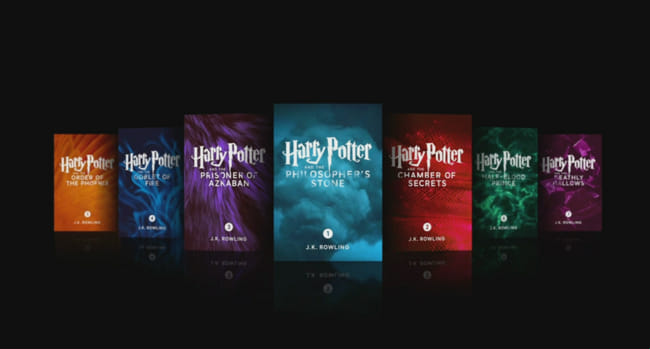 Harry Potter, Lily Potter II, Ron Weasley and Hermione Granger were in the great hall eating when Dumbledore stood up. Everyone was silent.

Dumbledore cleared his throat. "I would like to ask the following students to go to the room of requirement after lunch-

The students whose names were called were either confused or worried. After lunch the students went to the Room of Requirement. The golden quartet looked at each other.

"Why d'you reckon they called us here?" Ron asked. "I'm not sure" Hermione said nervously. "But I hope we're not in trouble."

Sirius said "We came here cause Dumbledore asked us to."

Harry turned to Dumbledore. "Why are we here professor?"

Dumbledore smiled. "We have gathered here to read about yours and Lily's seven years at Hogwarts. These seven books came from the future."

The quartet's eyes widened while Umbridge looked like Christmas had come early.

"I shall start" Dumbledore said. "Book 1. The Philosopher's Stone. Chapter 1, The boy who lived..."

​​​​Draco Malfoy (The Half Blood Prince)

"Trust is something you earn."

"Well, that was pleasant."

"We're in this together."

Neville Longbottom (The Order of the Phoenix)

"We should have listened to you, Lily."

Ginny Weasley (The Order of the Phoenix)

"I have to tell you something."

Luna Lovegood (The Order of the Phoenix)

"That makes two of us dear brother."

"There are quite a couple of things I have regretted in my life. But none more than this."

Remus Lupin (The Order of the Phoenix)

"Are you two coming?"

"Use the spell! Quickly!"

Dolores Umbridge (The Order of the Phoenix)

Cornelius Fudge (The Goblet of Fire)

"Why should you be trusted?!"

Bill Weasley (The Goblet of Fire)

Charlie Weasley (The Goblet of Fire)

"I'd love to give you a few dragon facts."

Albus Dumbledore (The Half Blood Prince)

"Not everything is as it seems, all the time."

"I have to tell you a few things."

Poppy Pomfrey (The Half Blood Prince)

"Please pass that potion to me Lily."