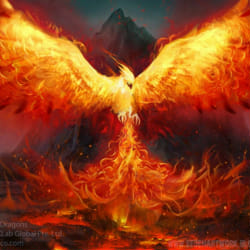 Elora had always lived on Alluveterre with the black swan, when she gets sent to Foxfire, she makes friends with Sophie. She had no Idea she was also a black swan project. Will this secret tear them apart or bring them together?

Chocolatepuppy6
Elora had always lived on Alluveterre with the black swan, when she gets sent to Foxfire, she makes friends with Sophie. She had no Idea she was also a black swan project. Will this secret tear them apart or bring them together?

I do not own some of these characters.
Fanfiction Fantasy Kotlc Keeper Of The Lost Cities Let Your Phoenix Soar Chocolatepuppy6

I have never seen the outside world, let alone experience it. I have always been stuck in this cave called Alluveterre. My world and life is just full of training my abilities. Well, also pranking the Collective a few times. I was born as "Project Phoenix" for the Black Swan. Mr.Forkle told me that they didn't put me in the Forbidden Cities like the oh great Moonlark Sophie Foster, was because I was too powerful. I have never seen and met anyone else my age. It is sad yes, but Alluveterre can be fun sometimes..... Really the only fun thing is ability sessions. I have 2 abilities, Pyrokinetic and Vanisher, but I was told I have more in store than the Moonlark. "Mrs.Elora?" A voice says from my treehouse door, making me jump. I turn to see it is Mr.Forkle. " I have someone who I think can help you with your Pyrokensis more than I can." Another person to help with my Pyrokensis? Someone I met or maybe never met? Someone my age?? "Follow me." Mr.Forkle said, making me remember I was not in the room alone. I followed him until I got to a room I had never been to before, It was underground, with beanbags made of Flaredon fur. It seemed like everything around me was fireproof, but cozy at the same time. "Your trainer will be here soon" Forkle said. I simply nodded, I was afraid if I said something, than I would show how excited I was. Mr.Forkle smiled at me and than left. After what felt like forever, my new Pyrokensis trainer entered. "Hello, my name is Marella, Marella Redek."

What did you all think, I don't know where I am going to go with this, but I think it should escalate. I left a cliffhanger, just to be annoying. I hope you all like this!