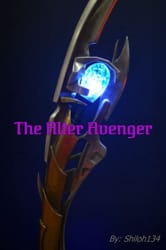 “I won't touch Barton. Not until I make him kill you! Slowly. Intimately. In every way, he knows you fear! And when he wakes just long enough to see his good work, and when he screams, I'll split his skull!” He exclaims. “This is my bargain, you mewling quim!”
“You're a monster,” Natasha mutters, turning around and hugging herself.
He just laughs. “No, you brought the monster.”

Shi
“I won't touch Barton. Not until I make him kill you! Slowly. Intimately. In every way, he knows you fear! And when he wakes just long enough to see his good work, and when he screams, I'll split his skull!” He exclaims. “This is my bargain, you mewling quim!”
“You're a monster,” Natasha mutters, turning around and hugging herself.
He just laughs. “No, you brought the monster.”

****I do not own any of the characters. They belong to the MCU. I simply own the plot starting from the moment Natasha fails to free Clint in the Helicarrier.****
Action Fanfiction Avengers Marvel What If Hawkeye Clint Barton Black Widow Natasha Romanoff Iron Man Tony Stark Thor Loki Chitauri Captain America Steve Rogers Tesseract

The chopper landed and Agent Phil Coulson let out a sigh of relief. Agent Maria Hill exited the chopper, followed by Nick Fury.
“Talk, Coulson,” Nick demanded as he began to lead them toward.
“Well, the Tesseract just started acting up,” Coulson started.
“And how?” Nick asked. “And how bad is it?”
“Well, sir, that’s the problem,” Coulson sighed.
“We don’t know how bad or how it happened.”
"Okay then, get everything on Phase Two, out" Nick demands.
"Sir, that's not top pri-" Maria starts.
"I know that, but still, get it out," Nick snaps.
"Got it," Maria sighs in defeat. "You two, with me."
Maria and two of the soldiers leave.

"Coulson, you and those three soldiers go find anyone that is still inside."
"Got it, sir," Coulson says.
He motions the three to follow him, and they head toward the main area of the building.

Nick walked into the lab and several scientists run by him, trying to find a way to power off the Tesseract.
"Selvig!" Nick yells, catching the scientist's attention. "What happened?"
"I-I don't know, it just turned on," Selvig said. "It-It's like a power source, we shut down the power and it just turns it back on!"
Nick sighed and looked around. "Where's Barton?"
Selvig laughed. "In his nest like always." And he pointed at an isolated figure that was crouched and watching everything from above, it was Agent Clint Barton. Nick sighed and walked over to him.

"Now, when I say, 'keep a close eye on everything,' I don't mean this," Nick said.
"Well, sir," Barton said, leaving his nest. "I see better from a distance."
Nick sighed and motioned him to follow. "So what do you have to tell me."
"Well, it just powered itself on," Barton said, making Nick shake his head.
"I know that, but anything else?"
"Didn't you say this is the doorway between us and space?"
Nick nods.
"Well, doors open from both sides, don't they?"

As if to answer Barton's question, the Tesseract shot a blue beam straight through the gap in between the two men, not one daring to move. It stopped and a blue cloud formed, and shot down a blue beam, once everything calmed down, a man in green robes and a golden horned crown appeared. Barton put his hand on his gun which sat in his gun holster.

The mysterious man just smiled and aimed the spear right at Nick, Barton being the first to react, shoved Nick out of the way of a deadly blast. The guards instantly began to shoot at the man, only to be shot down by his spear. After a good minute of fighting, Barton runs up from behind to try to take him by surprise, however, the man turns around in time and grabs Barton’s arm. Nick frowned realizing that was his armed hand.

“You have heart,” the heavily, British accented man said.

Barton let out a groan of pain, one wrong move and his arm would break, Nick couldn’t blame the man for trying to carefully break out of the other's grip. The man smiled and tapped Barton with his spear. Barton instantly stopped struggling, and a blue light crawled up his neck and his eyes became a piercing black. Soon, the blue glow disappeared, and the black color in his eyes left. Nick stared in shock, Barton's eyes weren't the dark ocean blue color they usually were, but they were an icy blue. The man smiled and let go of Barton, who instantly took a step back and put his gun back into its holster.

Nick slowly grabbed a briefcase and put the Tesseract in it.
“Please don’t, I still need that,” the man said.
“This doesn’t have to get any messier,” Nick says.
"Of course it does. I've come too far. I am Loki of Asgard and I am burdened with glorious purpose," Loki said.

"Loki, brother of Thor," Selvig said, quickly making the connection.
"We have no quarrel with your people," Nick said.
"An ant has no quarrel with a boot," Loki laughs.
"Are you planning to step on us?" Nick asks.
"I come with glad tidings of a world made free," Loki said walking over to Selvig.
"Free from what?" Nick asks, curious.
"Freedom. Freedom is life's great lie. Once you accept that, in your heart," Loki stops and he taps Selvig with the spear. "You will know peace." Selvig’s eyes turned black, then turned the same blue colors as Barton’s were now.

"Yeah, you say 'peace,' I kind of think you mean the other thing," Nick snaps.
"Sir," Barton says for the first time in a while. "Director Fury is stalling. This place is about to blow and drop a hundred feet of rock on us. He means to bury us."
"Like the pharaohs of old," Nick says, disappointed that Barton revealed his plan.
"He's right. The portal is collapsing in on itself. We've got maybe two minutes before this goes critical," Selvig says walking up behind Loki.
"Well then," Loki starts.

Without hesitation, Barton shoots Fury in the arm, causing him to drop the briefcase which the Tesseract was in. Barton quickly picks it up. They leave the area, once sure they are gone, Nick stands up and takes the bullet out of his arm.
“Thank god I didn’t forget my arm guards,” he mumbled as he pulled out his talkie.
“Do not let Agent Barton, Selvig, and their friend Loki leave the facility!” He demands.

Maria stood outside, she and Coulson had traded jobs because she didn’t know the facility as well as him. She leaned against a car and sighed. Suddenly, Agent Clint, Selvig, and some weird guy left the building. She went for her gun, but Clint looked at her and motioned her to put her gun away. After staring into his icy blue eyes, she saw that he trusted him, so she let go of her gun. I would have sworn Clint had dark blue eyes, she said, however, she shrugged off the thought. Suddenly, Maria’s and Clint's talkies go off.

“Do not let Agent Barton, Selvig, and their friend Loki leave the facility,” Nick’s voice echoed through the room.

Maria immediately ducked behind the car and grabbed her gun, now and then peeking out to shoot at Clint, who was always close to shooting her head. Finally, she heard a Jeep turn on and drive off, so she quickly jumped into her Jeep, and took off after them.

There were two S.H.I.E.L.D. police cars in front of her, which Loki took out with ease.  Maria took this moment since Loki was distracted, she cut in front of his getaway vehicle. Almost instantly, Barton started shooting at her. Finally, there was an earthquake, and Barton swerved and hit her side, causing her to quickly fix her car angle to avoid getting crushed by the incoming rock.  She sighed in defeat as the sound of the hostiles' Jeep engine quickly faded, leaving her the sound of men yelling, seeing if their comrades were alright.

"Gotta stop doing that, sir," Coulson says.
"Yeah, last-minute is too far of a push," the pilot agreed.
"I know it is, but right now I see Loki getting away!" Nick exclaims.

Coulson looked down to see what he meant, and sure enough, a guy in a golden horned crown was riding in the back of a Jeep Truck. That must be Loki, Coulson figured. Without warning, gunshots echoed through the night, someone was shooting at them. After closer examination, he identified the shooter as Agent Barton. Dang, Fury wasn't lying that Barton had been compromised.

Suddenly, the helicopter swerved right, and Nick jumped out. Coulson, however, was too slow to react. The chopper crashed and Coulson struggled out of the debris. He sighed, "thank you, Lord," he muttered as he turned around, noticing he had been the only survivor.
"Loki is gone, check if there are any survivors," Nick's voice came through the talkie.
"On it," Maria's response was brief but was the reassurance the director needed to know she was alive and not too seriously injured.

Nick turned around and saw Coulson struggling to get a huge price of shrapnel off his leg. Nick hustled over and helped haul the piece off of him.
"It's time to reboot the Avengers initiative," he says with a smile.