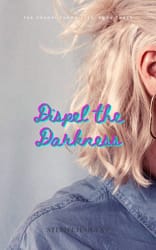 The third installment of The Yuudai Chronicles, after Not So Much a Monster and Return of the Yuudai Clan.

The Yuudai Clan has returned with Nami at the head at Sunagakure, and Katsumiyo hunting down the sole reason the Yuudai fell; the demon Gekimetsu, that has haunted her former guardian, Akane Uzumaki, for several generations. Katsumiyo has departed from her village to seek and destroy Gekimetsu once and for all. Meanwhile, Madara Uchiha rises from the darkness, and plots a war in hopes of achieving his goal of getting Kurama and Damini in his evil grasp. With an oncoming war looming in the distance, Katsumiyo and Naruto’s original goal of bringing Sasuke and Takara home is once more delayed as they fight to survive, and fight to keep their loved ones safe from harm.
Published January 27, 2016 · Updated 4 days ago267 pages · 6,935 reads
Action   Anime/Manga   Fanfiction   Fantasy  Manga  ...Demons  Adventure  Ninjas  Darkness  Shinobi  Beasts  Naruto Shippuden  Ocs  Yuudai  Dispel  Stephchartay  Report
4 days ago · 267 pages
Chapter 1: The Reckless Yuudai & The Puppet Boy
Chapter 2: The Land of Waves
Chapter 3: The Alliance of Katsumiyo and Akane
Chapter 4: In Which Akane and Katsumiyo Tried
Chapter 5: Gekimetsu Falls
Chapter 6: Akane, Katsumiyo, Naruto, and Shikamaru Team Up!
Chapter 7: Kakuzu's Demise
Chapter 8: Jugo
Chapter 9: Tamotsu Karasuma
Chapter 10: I've Conquered You At Last
Chapter 11: Continuing the Search
Chapter 12: Kyo VS. Takara
Chapter 13: Takako and Fumino
Chapter 14: Diversion
Chapter 15: The Calm Before the Storm
Chapter 16: The Actual Storm
Chapter 17: Sasuke Wins
Chapter 18: Katsumiyo's Decision
Chapter 19: Osamu
Chapter 20: Become Aware
Chapter 21: The Secrets of Yesterday
Chapter 22: The Aftermath of Shinra Tensei
Chapter 23: Konohagakure's Defenders
Chapter 24: Katsumiyo Falls
Chapter 25. My Father's Wings
Chapter 26: The Path of Pain
Chapter 27: Naruto's Answer
Chapter 28: No Longer
Chapter 29. Killer Bee
Chapter 30. The Bee's Sting
Chapter 31: Trouble in Paradise
Chapter 32: A Step Forward
TTInfo

pipes, Char, lili, TAY
The third installment of The Yuudai Chronicles, after Not So Much a Monster and Return of the Yuudai Clan.

The Yuudai Clan has returned with Nami at the head at Sunagakure, and Katsumiyo hunting down the sole reason the Yuudai fell; the demon Gekimetsu, that has haunted her former guardian, Akane Uzumaki, for several generations. Katsumiyo has departed from her village to seek and destroy Gekimetsu once and for all. Meanwhile, Madara Uchiha rises from the darkness, and plots a war in hopes of achieving his goal of getting Kurama and Damini in his evil grasp. With an oncoming war looming in the distance, Katsumiyo and Naruto’s original goal of bringing Sasuke and Takara home is once more delayed as they fight to survive, and fight to keep their loved ones safe from harm.
Action Anime/Manga Fanfiction Fantasy Manga Demons Adventure Ninjas Darkness Shinobi Beasts Naruto Shippuden Ocs Yuudai Dispel Stephchartay 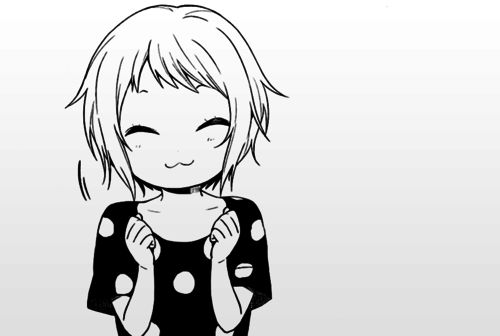 After Not So Much A Monster & Return of the Yuudai Clan

Disclaimer: We still don't own Naruto & Naruto Shippuden. We still only own our ocs. We still hope you enjoy.

Gaara of the desert sighed, looking over his papers as he thought about things, random things, trying to avoid thinking about a certain topic. He thought of the topic of his last name, for instance. Some of the villagers of Suna dubbed his surname as Sabaku. Everyone did, even in the Leaf village, but that wasn’t his last name at all. It was just a title. Sabaku meant ‘desert’. In fact, he and his siblings didn’t quite want to go by their real last name, so they learned to accept ‘Sabaku’, no matter how ridiculous it sounded.

Gaara looked up from his desk, and paperwork, when his older sister entered. Temari was dragging Kankuro behind her, as her expression looked unamused.

Gaara frowned, she was angry. Did she hear about the topic he didn’t want to speak of?

Temari placed a hand on the desktop. “Gaara,” she began, using a gentle tone. Gaara looked to his older sister, and she looked absolutely livid. If she were an enemy, he’d be quite scared.

Temari could always be scary whenever she wanted. She was good at that.

Temari’s smile unnerved him, “I heard something while I was out walking in the city. About Katsumiyo Yuudai,”

She knows. She always knows.

“You wouldn’t happen to know anything about that, would you?”

Gaara honestly couldn’t remember ever meeting Katsumiyo while she lived in the village as a child. Perhaps Temari knew her well, but he was completely certain Kankuro knew her. Of course he did. He talked about her constantly.

“Temari,” Kankuro began, and Temari glared at him; making him go silent.

“I was given a message from the current Hokage, Tsunade Senju. I was wondering how to word it to the both of you.” Gaara confessed. “Katsumiyo Yuudai was reported to have left the Leaf Village on her own, with some sort of personal mission.”

“Where do you think she could’ve gone?” asked Kankuro.

Gaara didn’t want to shrug, but that’s what ended up happening. “I’m not certain.”

“We should stay on the lookout. We are not sending any forces on a wild goose chase, are we?” Temari replied, noticing Kankuro’s edginess.

Gaara agreed with her statement, “Only if she’s spotted somewhere in our borders.”

Temari nodded, and Gaara watched his older sibling’s leave the room. He clenched his fist; he didn’t know Katsumiyo Yuudai as much, or as long as, or even as well as his older sibling’s did, but they had something in common, she is a jinchuuriki, like he had been, and they both were born in the Sand. It wasn’t much, but it was a start. They were both friends with Naruto Uzumaki, and Gaara was fairly certain that Naruto would feel anguished if all his friends went missing. Gaara felt that it was part of his duty to help Naruto shove Katsumiyo home.

He heaved a heavy sigh, and glanced out the window that was behind him, the sun shining brightly, giving off rays of blistering heat that reached the sand below.

Angry with Gaara and Temari’s orders of staying put until further instruction, angry with the Leaf Village for not finding Katsumiyo sooner, and above all, angry at Katsumiyo for leaving her village in the first place. Wasn’t she aware of the danger!? The Akatsuki was still out there!

He wanted to punch something.

He didn’t even realize that his window was open, how could he? He was too occupied by his anger.

Someone tapped his shoulder, and uncaring about the consequences, he whirled around, and blindly punched with all his might.

The person that he bunched backed up, two hands covering their nose, as a small trail of sand closed the open door in case anyone was walking down the hall.

Kankuro blinked, seeing the figure before him, assessing them, analyzing them.

A very, very, beautiful she.

That ‘she’ had light blonde hair, platinum blonde, and it was cut short, her bangs framing her gorgeous face, and two dazzling sapphire blue eyes. Around her neck was a simple necklace...She wore a mesh undershirt, a loose black top, black shorts, fishnet leggings, and shinobi sandal-styled boots. Around her waist was a utility belt full of scrolls, and finally a sword sheathed at her hip.

Kankuro sweatdropped, “What’re you doing here? What happened to your hair?” He ran his fingers through her short locks, as he interrogated her, “And why did you leave Konohagakure to begin with, you reckless shithead?”

“I’m hunting.” Katsu replied, her voice like music to his ears, “And you’re being unreasonable. Do you punch everyone for a greeting?”

Kankuro rolled his eyes, as Katsumiyo plopped on his bed, taking out a pouch, and summoning a first aid kit from it before cleaning her face of blood. Luckily, he didn’t break anything with his wicked punch.

“I’m being unreasonable? You left your village, all by yourself!” He shouted.

“Shh!” Katsu hissed, “And it wouldn’t be the first time. I’m fine. I just need to do something.”

“Oh, right, why wouldn’t you bring a team with you? Hell, even Naruto would be fine!”

Kankuro sighed, sitting on his bed beside her as she put away the medical kit. “You have two eyes.”

Katsu set her gaze on him, and replied, “Please tell me. It’s important.”

Kankuro sighed, “Takeshi went on a solo mission a week ago. You’ve just missed him.”

“He went to the Land of Waves.” Kankuro answered.

Katsu groaned, and stood up, “Then, that’s where I’m going.” she grumbled. Kankuro took her arm before she raced out of the village. “Why? What’s so important? If you don’t tell me then I have to shout. I have to alert the entire village you’re here.”

Katsu squinted, and sighed, “Akio Yuudai, my grandfather, he told me the truth. What really happened that night, October 10th, the day Naruto was born, and the day the Yuudai Clan was destroyed to near extinction.”

Kankuro nodded for her to continue. So, she did, “Well, to pretty much sum it up, Takeshi was possessed by something dark; Gekimetsu. Gekimetsu forced Akane to kill my clan mates, and my parents. There was no other option. It’s my job to bring an end to Gekimetsu, and if I can’t rid of Gekimetsu, then, Takeshi must die.”

“Katsu-” Kankuro warned, and she shook her head, “There is no other solution. I’ve thought long and hard on it. It’s either Gekimetsu or Takeshi. In the end, Gekimetsu goes.”

Kankuro nodded in understanding, “Don’t do anything stupid.”

“No promises, puppet-boy.” Katsu responded, softly, with a small smile, remembering the exact same exchange of words before her team went on a mission to save Gaara from the Akatsuki.

This small exchange of words was followed by a kiss, and later, Katsumiyo was over the village using her kekkei genkai to travel on a sand cloud, heading towards the Land of Waves, memories and strategies bouncing back and forth in her mind.

But still, was she ready to face the fearsome force that was the cause of nearly her entire clan’s destruction?

“When the moment comes that the sky turns red,

and an army of the undead rises,

the wolves will howl their last song,

— I do not own the canon events of the manga that was written by Masashi Kishimoto, nor do I own the characters and plot he created within that same manga. Charlotte, Taylor and I only own our very own original characters and the plot that we create in between the arcs in the original Naruto timeline. If there appears to be something remotely similar between our stories, please contact me on .CrimeSorciere immediately, and I will sort through the dilemma. This story, is in fact the third installment of the Yuudai Chronicles, and the second story set in the Naruto Shippuden timeline. If you would like to catch up on the previous two, please read Not So Much A Monster and Return of the Yuudai Clan. Finally, I must add that this story, while it follows the manga's timeline, some small things that were canon, will be made different. If this bothers you, I am sorry, but this is not the series for you.